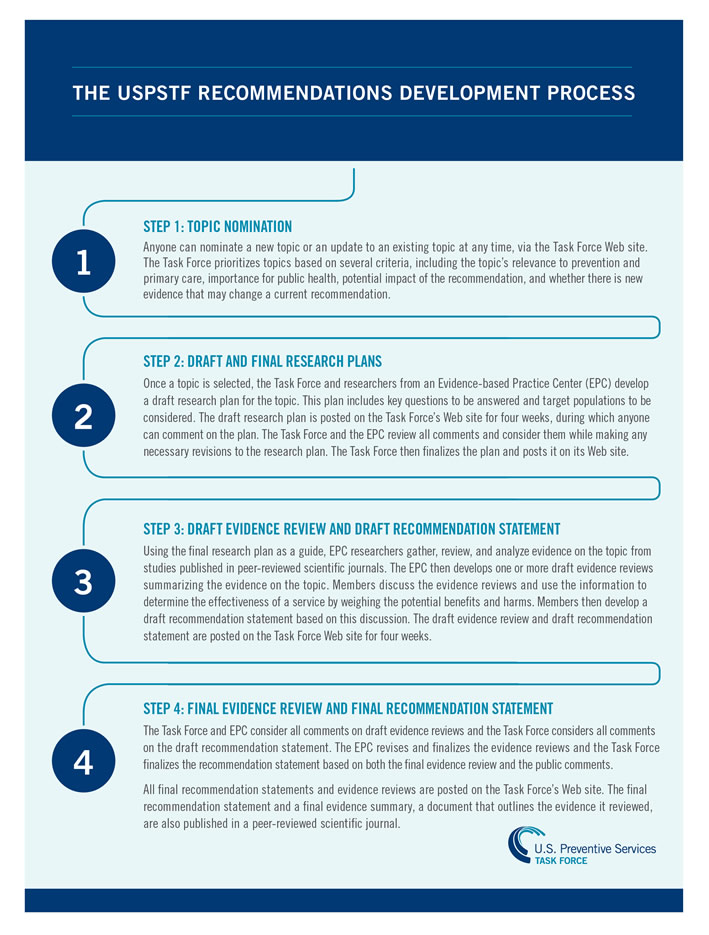 Anyone can nominate a new topic or an update to an existing topic at any time, via the Task Force Web site.The Task Force prioritizes topics based on several criteria, including the topic’s relevance to prevention and primary care, importance for public health, potential impact of the recommendation, and whether there is new evidence that may change a current recommendation.

Using the final research plan as a guide, EPC researchers gather, review, and analyze evidence on the topic from studies published in peer-reviewed scientific journals. The EPC then develops one or more draft evidence reviews summarizing the evidence on the topic. Members discuss the evidence reviews and use the information to determine the effectiveness of a service by weighing the potential benefits and harms. Members then develop a draft recommendation statement based on this discussion. The draft evidence review and draft recommendation statement are posted on the Task Force Web site for four weeks.